#MalaysiaMembaca: Dig Into These English Novels by Our Favourite Malaysian Authors

Looking to fill your time with some quality reading? Check out these books by our very own Malaysian–born authors. 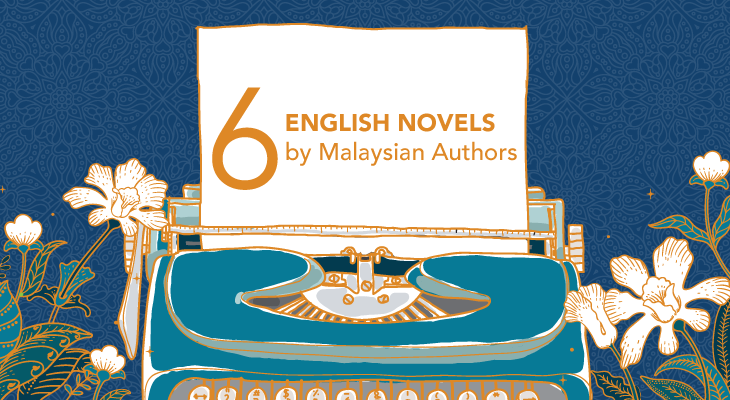 “But how could you live and have no story to tell?” — Fyodor Dostoevsky

We all love a good story and Malaysia is full of storytellers with great stories of their own. Whether you’re a fan of historical pieces or love losing yourself in a good crime fiction, there is a story out there for you.

While this isn’t an exhaustive list, we’ve come up with some great books by Malaysian–born authors that we think you might like. Check them out and let us know what you think.

First published in 2019, The Weight of Our Sky tells the story of one girl’s journey through one of Malaysia’s darkest chapters in history — the race riot of 13 May 1969.

In 1969 Kuala Lumpur, Melati is a music-loving teenager struggling with her own severe obsessive-compulsive disorder (OCD), manifesting itself in the form of a malicious djinn. Her world is thrown into chaos when the riot breaks out, separating her from her mother.

Armed with grit, plenty of Beatles music and with the help of a kind Chinese family, Melati must traverse the violent roads of racial relations in search of her mother while keeping her own demon at bay.

Spirits Abroad is a compilation of short stories by Zen Cho. Set to the backdrop of Malaysian social and political culture, this compilation of speculative fiction artfully straddles the line between fiction and fantasy with witty Malaysian sensibilities.

In one story, a datin recalls her romance with an orang bunian while in another, a teenage pontianak agonises over living with her kepoh aunties while trying to have a love life of her own. Another story tells of the 4 generations of Chang E, a metaphor for the Chinese dysphoria.

In the book, readers can find a variety of stories covering issues like teen pregnancies, minority rights and many more all packaged in mystical fantasies. For fans of the supernatural and the magical, Zen Cho’s Spirits Abroad is a beautiful must-read book.

Finalist of the Shirley Jackson Award Nominee for Novel, Yangsze Choo’s The Ghost Bride is a story about the rare Chinese tradition of ghost marriage, a marriage in which one or both spouses are deceased.

Set in colonial Malacca, Malaysian-Chinese Li Lan finds a way out of her family financial woes when she is courted by a wealthy family to be the “ghost bride” to their deceased son. Trouble abounds when she finds herself not only haunted by her deceased would-be suitor but also attracted to the Lim's handsome and very much alive new heir, Tian Bai.

The book provides a rare and witty insight into the old tradition of ghost marriage, while also exploring the complex emotions of the living characters. If you’re interested, check out this Netflix adaptation of the book, featuring Malaysia’s very own Angeline Tan and Power Rangers actor, Ludi Lin.

The Garden of Evening Mists is a story about venturing beyond prejudice and resentment and the devastating effects of war, not just to the deceased but to the survivors as well.

Yun Ling Teoh, a scarred Japanese wartime camp survivor, has made a career for herself as a judge, presiding over the prosecution of Japanese war criminals. Forced by an oncoming disease to make peace with her past, she goes back to Cameron Highlands to reflect on her experience there as an apprentice to Aritomo, the exiled former gardener of the Emperor of Japan.

The novel takes place across three time periods — World War II, the contextual setting of the story; the 1950s, where she first seeks out Aritomo; and the 1980s, when she goes back to Aritomo’s garden to reflect on her experiences. Shortlisted for the Booker Prize, the book has been adapted into a 2019 feature film of the same name.

Fourteen-year-old Lakshmi finds herself traded in marriage to a stranger across the ocean in the fascinating land of Malaysia. Duped into thinking her new husband is wealthy, she left Sri Lanka only to find her new home a brutal and unyielding land.

Told through the lenses of the men and women of her family, Lakshmi quickly rises to become a formidable matriarch. Rising to the challenge with unbelievable strength, she strives to create a better future for her family, carrying them through the horrors of World War II and the Japanese occupation.

Published in 2004, The Rice Mother is Rani Manicka’s debut novel. Infused with her own South Asian family history, the book takes a look into the life of a Sri Lankan teenage girl who was forced into adulthood before her time.

The first entry in the Inspector Singh Investigates book series by Malaysian-born Shamini Flint, the novel revolves around the titular character’s investigation of the murder of a Malaysian national allegedly carried out by a Singaporean national.

When Singaporean model Chelsea Liew is accused of murdering her husband, Alan Lee, Malaysian businessman and playboy, Inspector Singh is sent across the strait to Kuala Lumpur to investigate.

Confident that she is innocent, Inspector Singh, with the help of his Malaysian counterparts, Inspector Mohammed and Sergeant Shukor, must dive deep into a web of forbidden affairs, family feuds and dark secrets to uncover the truth.

Have you ever read any of these books? Next time you’re on your book run, make sure to grab these titles. The Malaysian literature scene is small but it is thriving and with your help, we can help our writers grow and improve themselves.

Did we miss any of your favourite authors? Let us know in the comments below.

Need some help improving your English? Check out these simple steps you can do so for free!