Wondering which foreign language to pick up. Here are 7 reasons why you should seriously consider learning Mandarin.

Thinking of picking up a foreign language but not sure which one to choose?

We can’t blame you. There are many amazing languages out there and depending on your interests (perhaps you’re a K-drama fanatic or maybe you’re into indie French films), you might find yourself inclined towards a particular language.

However, if you’re still deciding, we’re here to tell you why picking up Mandarin Chinese is the smartest move ever.

#1. It will make your resume stand out from the others

Malaysia’s unemployment rate has recently risen to 4.5% in 2020 compared to 3.3% in 2019. While the COVID-19 pandemic has certainly impacted the labour market, it goes without saying that anything that can give you an advantage should be welcomed with open arms.

A proficiency in Mandarin Chinese can be exactly that — an advantage. Of course, knowledge in any foreign language can significantly boost your profile as a worker. After all, many multinational companies now have several offices around the globe and being bilingual will give you the edge over other candidates. However, since China is one of our major trading partners, a proficiency in Mandarin can be especially impactful.

So if you want to market yourself as a more employable worker, picking up Mandarin can be a good start.

#2. It opens up unique job opportunities

Mandarin can also open up doors to unique job opportunities that you may not get with other languages.

For starters, Mandarin speakers make up a big population. To cater to this market, some jobs, such as customer service and content writing, are open only to those proficient in Mandarin. Due to China’s unique position as a global economy, you can also find purchasing executives whose primary role is to network with China-based businesses. With knowledge in Mandarin as part of your arsenal, these jobs will be open to you.

In addition, you can also pick up a variety of supplementary jobs for some extra moolah. There are plenty of part-time work opportunities for Mandarin-speaking translators, subtitlers and teachers.

#3. It could boost your salary

Knowing another language not only opens doors to new opportunities, it could also pay more.

Generally speaking, proficiency in an additional language can boost your earnings between 2% to 5%. Statistics vary depending on a variety of factors but the general fact remains the same — knowing another language can positively impact your prospect as an employee.

While proficiency in any language could lead to this benefit, Mandarin is especially advantageous. As you know, China is one of Malaysia’s biggest trading partners. With more companies trying to do business with China, the demand for Mandarin speakers will only increase. And so too will the pay.

#4. It stimulates your brain function

Picking up a foreign language means your brain can exercise more, improving your memory and brain function.

But did you know, there’s an added benefit that only learning Mandarin can give you?

Researchers found that unlike English that only stimulates the left temporal lobe, the Mandarin language stimulates both the left and the right side of the brain. This could be due to Mandarin’s more complicated use of tone and intonation to give meaning to a word.

#5. It can keep your mind sharp as you grow older

If you’re used to Latin alphabets, the Han characters in Mandarin Chinese can seem daunting as it uses strokes in all four directions, specifically up, down, left and right.

But there is an upside to this — researchers say that studying and writing new symbols such as Chinese characters can help activate neural activity and improve motor and cognitive skills. In addition, some studies also indicate that studying a new language can prevent and delay the onset of cognitive decline by 4.5 years.

In short, learning a foreign language, especially Mandarin, can help you slow down the brain’s aging process. That is one stellar benefit you don’t want to miss out on.

Chew on this — Mandarin is one of the most widely-spoken languages in the world and is second only to English. With 917 million native Mandarin speakers and over 1 billion non-native speakers, this means that one in every seven people can converse in Mandarin.

This will give you a chance to connect with as many people all over the world as possible. After all, speaking a common language is a great unifying tool and you can actually get to know someone better when you know their first language.

Proficiency in Mandarin can also be very helpful in a variety of social settings. The language is used everywhere from business transactions to social and cultural interactions. And you’re mistaken to think that it’s only useful in China — there are many Chinatowns all over the world and plenty of Mandarin speakers even outside of these communities.

It’s a logical conclusion to say that learning the second biggest language in the world can be very helpful in connecting you to as many people as possible.

#7. It helps you stay relevant in this challenging climate

The reality is that China is one of the giants of the world’s economy. Second only to the US, China’s gross domestic product (GDP) in 2021 was a whopping $17.73 trillion. And it’s growing fast. With an annual growth rate of 8.1% (the largest compared to other countries), it’s only a matter of time before it overtakes the US.

So it’s not really an overstatement to say that the future of commerce is China. If you’re looking for a way to future-proof yourself and ensure your relevance in this fast-paced and ever-changing world, perhaps picking up Mandarin, China’s official language, is a good start.

Learning a completely different language with its own unique writing system can be unnerving. But you live in a digital world now and there are so many resources at the tip of your fingers. As long as you’re willing to reach out, these benefits will come to you.

Want to be able to converse in Mandarin in just 10 weeks? Sign up for class at The Language Tree now. 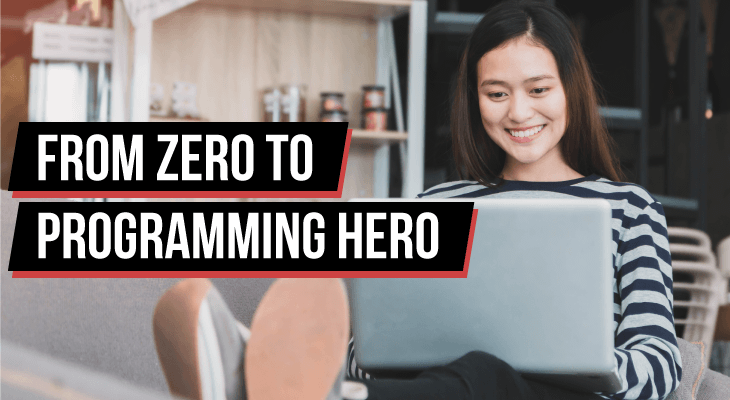 From Zero to Programming Hero: 10 Websites and Apps That Help You Learn to Code