Creepy Campus Ghost Stories That Will Make Your Spine Tingle

Encountered supernatural events at your campus? See if these spooky ghost stories coincide with yours. There are two types of people — the ones who believe in the supernatural and the ones who don’t. If you’re the former, these stories are written specifically for thrill-seeking horror movie-buffs like you. If you’re the latter, we challenge you to read these spine-chilling, other-worldly ghost stories from students and see if you get scared.

Up for the challenge? Read on if you dare.

“My friends and I were going to utilise the voice recording room at our campus for our assignment. Because the only available slots left for the room were at night, we decided that we were going to stay overnight to complete the recordings.

We were still working on the recordings until the wee hours of the morning, so we were the only ones left at the campus during that time (only those who applied to stay overnight at the campus and have gotten approval are allowed to do so).

We took a final take just to get the best one. Upon listening to the playback of the recording, Jen Ling, who was monitoring the control panels, immediately summoned Kimberley to come out of the recording room. When Jen Ling played the soundtrack, to our horror, there was what seemed like a woman softly singing a Japanese tune from the war era.

We immediately ceased proceeding with our assignment and decided to call it a night. That night, when I was sleeping next to the keyboard, the keyboard started giving off that same Japanese tune we heard earlier.

After all this, we never stepped foot into that room again.”

“Three months before the new building at our campus was completed, one of the construction workers slipped and fell to his death.

Months later, my friends and I attended a seminar at night — it was located on the 5th floor of that new building. We decided to use the stairs to get to the 5th floor as there were too many people waiting for the lift.

As we ascended the stairs, a man wearing a shabby white top and grey pants with holes in it was walking down. As a natural response, I nodded at the man and he nodded back and even smiled at me.

Suddenly, my friends stopped and looked at me with confused expressions. They asked a strange question:“What were you doing? Who were you smiling at?”To which I replied: “That man who just passed by. He smiled at me, so I smiled back.” They looked at me with wide eyes, explaining that no one passed by. I was very sure that I saw that man, who was dressed very much like a construction worker.

When we were waiting for the seminar to start, my friend wanted to make sure the man that I saw wasn’t related to that fall incident. Still thinking about that man I supposedly saw, she showed me the news article on Google and asked if it looked like him. I was stunned. That man that I nodded to, looked exactly like the photo in the article.”

“I used to be a neutral person when it comes to non-secular affairs — but this story I’m about to tell you has changed my perception of it.

It was the second day of the Hungry Ghost Festival. My roommate came into our room with an unsettling expression. She sat me down on her bed as if she was about to announce something significant.

She took in a deep breath, then told me what had happened to her car earlier, which I found amusing. “The air conditioner control knob turned to zero by itself. Twice. I was so scared that I drove at high speed just to get back here and get out of the car.” I laughed upon hearing this, thinking she was overreacting.

Just then, the curtains in our room slid open. I was stunned and to be honest, a little disturbed. The windows were closed. There was no way the wind blew it open. You can imagine my roommate’s reaction. She still doesn’t go near the curtains to this day.

Still feeling unsettled, we decided to go out for a drive and get supper to satisfy our stomachs. But after getting into the car, I couldn’t close the door.It felt like something or perhaps someone was blocking it and preventing me from closing it. After trying 3 times, I managed to yank the door shut. The creepy thing is, after closing the door, I felt that thing or force pushing me against the door.

I felt so uneasy that we decided to walk to the nearby mamak instead.”

“Last semester, 2 of my friends (Alice and Jing Hui) and I decided to move into an apartment together instead of staying at ourcampus hostel. The apartment was only a 3-minute walk from our campus.

Alice had a Yorkshire Terrierdog which she secretly kept inside the apartment. The puppy was tame, it didn’t bark very often. The first Sunday after we moved in, we decided we will have weekly horror movie nights on Sundays. So we commenced our first scarymovie night that day.

While the 3 of us were chilling in the living room watching the movie, the puppy started growling at the bathroom ceiling. It wouldn’t stop until Alice went to check on it. Apparently,one of the ceiling panels was open. Since we didn’t have a ladder, we requested for one from the guard downstairs. When he arrived, he offered to help us close the panel.

Soon, Sunday came again. While we were all enjoying our horror movie night, Alice’s puppy started growling at the bathroom ceiling again. This time, I went to check out what all the fuss was about. To my surprise, the ceiling panel was open again. We called the security guard for the second time. He was also puzzled as to why it happened again.

This time, when he climbed up the ladder and looked into the hole in the ceiling, he said a Muslimprayer which we all did not understand. He stopped abruptly and started climbing down the ladder.He didn’t say anything at all and his eyes were blank. Staring into the distance, he walked out of the bathroom without saying a wordto us.

Behaving as though his soul had just left him, he walked out of our apartment just like that. The 3 of us were in shock. Being the daredevil, Alice climbed up the ladder to look for herself. Similarly, she became a lifeless person — she didn’t speak a word afterwards and started staring into the distance. Jing Hui and I were terrified to the coreand were too afraid to sleep that night.

The next morning, Alice came back to life. When she told us what had happened, we immediately made the decision to move out: “I felt strangled by a rope when I put my head into the ceiling. I felt the rope on my neck the whole time and somethingcame down the ladder with me on my shoulders. When it finally went back into the ceiling, that’s when I was released.“

Now that you’ve read these spooky Malaysian campus ghost stories, be sure to always watch your backand follow your gut if you feel like something is not right. If you’ve experienced any supernatural encounters similar to these stories, share it with us in the comment section below!

Think you’re a scaredy-cat? Find out if you have any of these phobias here. 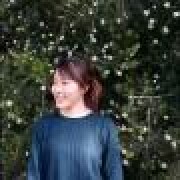 A feeder and English major who loves to sniff coffee, eat avocados and sing.