9 Weird and Wonderful University Buildings From Around the World

Most colleges and universities tend to look the same...or do they? Here’s a list of quirky and amazing school architectures from around the world! University buildings can be boring.

However, some education institutions have gone against the grain to produce some rather quirky and eccentric architectural designs that will leave you longing to pack your bags now!

In light of this, we’ve scoured the web and curated some of the world’s most unusual education institutions. Let’s check them out!

As a maritime transport and logistics education provider, the Shipping and Transport College’s headquarters is built to resemble a ship’s periscope!

Not only is the building striking with its checkered patterns, but the modern architecture also overlooks the Port of Rotterdam, providing students with an inspiring view of one of the largest ports in Europe.

Ranked 11th in the QS World University Rankings 2018, Nanyang Technological University (NTU) in Singapore has one of the greenest campuses in the world.

Staying true to Singapore’s greening policy, NTU commissioned a 5-storey building that houses the institution’s School of Art, Design and Media. The building features a turfed rooftop that doubles as a functional space for students (imagine stargazing here!). Not only that, the roof plays an important part in the environment — it lowers the temperature of the roof and its surrounding areas as well!

Speaking of environmental-friendly structures, classes in Green School in Bali, Indonesia are held in buildings made from renewable resources such as bamboo, straw and mud walls. As if its structure wasn’t cool enough, the school is also powered by solar energy, staying true to its mission of cultivating students to live more sustainably.

Interestingly, students are not required to wear uniforms and exams do not take centre stage either.

The Wageningen University & Research’s (WUR) Lumen Building in the Netherlands is a breathtaking yet environmentally-friendly greenhouse. It contains 2 inner garden courtyards that help maintain its indoor climate regardless of the weather outside. The beautiful building is surrounded by 3 gardens — the grassland garden, a wetland garden and a large nature garden — housing plants such as orchids and animals such as kingfishers.

Fun fact? Rainwater is used for flushing its toilets.

The iconic Sharp Centre for Design in Canada’s Ontario College of Art and Design is a striking two-storey “table top” that rests on 12 brightly-coloured steel legs, each 4 storeys high.

Built in 2004, the structure is now an architectural landmark in Toronto, in which an art critic has named it as “five of the most influential buildings in Toronto”.

The Ray and Maria Stata Center for Computer, Information and Intelligence Sciences is a striking building that features “tilting towers, many-angled walls and whimsical shapes” — a far cry from the traditional boring, whitewashed research centres and laboratories.

Designed by award-winning architect Frank Gehry, it was intentionally designed to look incomplete.

This award-winning building that houses Emerson College in the heart of Hollywood, Los Angeles is designed to “expand the interactive, social aspect of education”, according to Thom Mayne, the architect behind the futuristic cube of aluminium and glass.

Apart from the cool, eclectic exterior, the institution, which is located on a one-acre plot, boasts various facilities, including a yoga/meditation and fitness centre, editing and mixing labs, performance studios and dressing rooms and even a dorm space for over 200 students! If that’s not impressive enough, faculties and students alike are rewarded with sprawling views of LA and the Hollywood Hills.

The La Trobe Institute for Molecular Science (LIMS) in Melbourne, Australia may boast of impressive facilities, but what makes the institution stand out is its building that was designed to look like… you guessed it! — molecules.

Venice is a city that is separated by canals and is connected by some 400 bridges. Gondolas, boats and water taxis serve as the main mode of transportation and getting to the island of San Servolo where the Venice International University (VIU) is located is no exception.

For one, you wouldn’t have no a choice but to take a public boat or water taxi just to attend classes!

Imagine missing the boat by mere minutes during a day when you have an important exam — better get to swimming then!

The Zhongdong Mid-Cave Elementary School may already be closed and is not a whimsical structure in itself, but we think it deserves an honourable mention as it was set in a cave.

Located in Miao village, one of China’s poorest areas, it was established in 1984 out of necessity, providing education to children who otherwise would not have access to it. The school had only 8 teachers and an enrolment of more than 200 students from nearby villages.

Unfortunately, the school was closed in 2011 when the Chinese government declared that the country “is not a society of cavemen”.

Although the architecture of these schools may be unorthodox and unusual, providing a wholesome education remains the focus of these institutions. So if you’re up to study at these non-traditional schools, with a little perseverance and hard work, you just might be able to!

If you thought these unconventional schools were interesting, wait till you read about these 10 unusual degrees you can study!

More from Architecture and Surveying 5 Things You Got Completely Wrong About Quantity Surveying Have You Seen These Jaw-Dropping Libraries From Around the World? 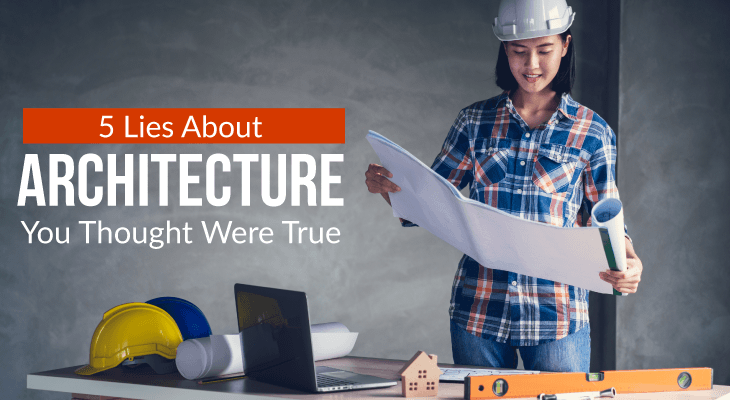 5 Lies About Architecture You Thought Were True