Here are 10 annoying situations you can probably relate to if you’re a regular public transport commuter in Malaysia. 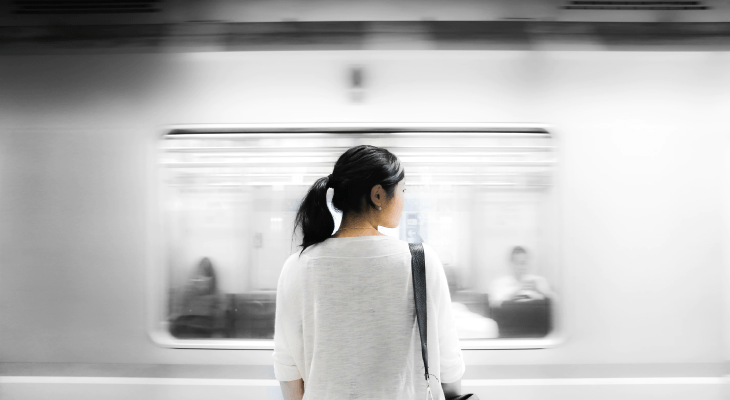 Did you know, in 2016, it was documented that about 1.3 million Malaysians use buses and trains each day, while the number was expected to hit 1.5 million last year?

Now you know why your train emulates an abundantly-filled sardine can on most weekdays!

If you regularly commute via public transport, here are 10 situations that probably sound all too familiar to you.

Savagery unleashes at about 5.30pm every weekday as hordes of 9-5’ers cram themselves into Rapid buses, LRTs, MRTs and monorails, eager to get away from their offices as quickly as possible.

Instead of enduring the struggle of clambering into a packed and sweaty train after a full day of lectures, consider waiting out the peak-time madness and enjoy a stress-free commute back home. But if you’re impatient, brace yourself and savour this quintessentially Malaysian experience.

#2. The melting pot of smells

Just as you thought the crowd was bad enough, someone decides to bring in their freshly fried keropok lekor or cempedak goreng into the train, stinking up your carriage that is now at maximum capacity and already filled with a multitude of strange aromas given off by a variety of human beings.

Not to mention the fact that you’ve got to wait out the next 10 stops whilst conveniently located directly under someone else’s armpit (#shortpeopleproblems) as they hold on to the overhead handles — R.I.P (rest in perspiration).

While most train services are relatively frequent and new MRT stations have mushroomed, even in the far and unexplored depths of Selangor (no offence to those living in Kajang), the Malaysian public transport system has a notorious reputation for being unreliable.

Ever been stranded at a dodgy bus stop waiting for your U86 to arrive, or have been left staring longingly at KTM departure boards with frequently changing departure times? It’s no secret that there is much left to be desired of our public transport system.

Here’s hoping that we’ll soon take a page out of the Shinkansen, or Japanese bullet trains, famed for their light-speed and unprecedented punctuality — where even a 20-second early departure was enough to cause a nationwide outcry.

Ever had to rebuke an indifferent passenger for not giving up their designated seat to an elderly or differently-abled person? Or worse — been the silent enabler of the crime?

Even with prominently displayed signs coaxing passengers to give up their seats to those who need it, it’s truly wondrous how many of us conveniently exercise selective blindness when the need arises.

So the next time you see someone turn a blind eye to a passenger in need, don’t be afraid to politely remind them of their obligation, or offer your seat if you’ve managed to cop one yourself!

Whether simply an unconscious decision or a calculated move to deter someone from sitting next to them — people who place their bags on the seat next to them are a special kind of evil.

Although this blatant act of impoliteness most likely boils your blood and has you seeing red, a simple, “Is anyone sitting here?” is likely enough to bring them to their senses.

If you’re a frequent user of our train services, it probably isn’t lost to you that peak time means plenty of opportunities to be shoved, grabbed and taken advantage of when in close proximity to strangers.

The harrowing encounters faced by unsuspecting passengers gave rise to women-only carriages in KTMs. These safe havens are meant to provide comfort for women passengers.

Despite ample pink “women only” signs placed on the inside and outside of coaches, you might have noticed a man or two deliberately infiltrating these exclusive carriages. If a disapproving glare and a polite reprimand aren’t enough, you can report them to the KTMB staff or the auxiliary police on duty at the next station.

There’s always that one person who’s either trying to convince their friend (loudly) over the phone that they’re “almost there” despite being 7 stops away, in the midst of a passionate argument or spewing gossip that the whole train carriage will soon be party to.

While there aren’t any rules against speaking on the phone on public transport, it pays to be considerate to those around you.

If you’re going to make a call in transit, keep it down. The 16 people in your carriage probably don’t want to hear about the love triangle brewing in your tutorial class or your commentary on the latest episode of Riverdale.

As you’re peacefully watching Boys Over Flowers on your phone, you notice a pair of eyes peeking over your shoulder at your phone screen, silently judging you for your guilty pleasure of choice.

We’ve all been guilty of an unsolicited peep at someone’s phone or even craning our necks to see what someone was reading. Our crowded buses and trains already test the limits of personal space, so remember to keep the creeping to a minimum.

Just as your train is pulling up to your destination, you notice a large group of impatient people itching to get on board, so you brace yourself for the drove of bodies that will come hurtling in as soon as the doors pull apart.

To your surprise, an orderly line forms and even parts like the Red Sea to make way for you as you exit. However, there still are a fair few eager beavers who rush in, willing to trample everything in their sight for fear they’ll never reach their destination.

#10. People who sneeze without closing their mouths

Just as you’re trying to take your mind off the fact that these jam-packed buses and trains are a festering bacteria hotspot, you hear a sniffly passenger let out a full-fledged sneeze dangerously close to you — without a handkerchief in sight.

So whether its a runny nose triggered by the train’s air conditioning cranked up to the maximum level, or just a routine allergy due to our unforgiving Malaysian weather, remember that the only thing you need to spare the rest of us unwilling germ recipients is a tissue.

Despite our griping and grumbling, public transport can make our lives tenfold easier as we can sail past rush hour traffic or save hundreds of ringgit on the ever-fluctuating price of petrol. While our national transport system isn’t perfect, it’s been invaluable to helping Malaysians move from one point to the other, and a start to keeping more vehicles off our roads.

Heading off to college or university soon? Here are 7 annoying housemates you’re bound to encounter while away from home!