7 Ways to Win in Among Us, According to Psychology

Psychology is more prevalent than you think. Here are some ways you can use psychology to win in Among Us. Innersloth’s Among Us is the internet's newest obsession.

The game takes place in space, where players are divided into either crewmate (the good guy) or impostor (the bad guy). The crewmates must finish all their tasks or identify all the impostors in order to win while the impostors must kill all the crewmates before the taskbar finishes. Players can vote to eject suspected impostors by calling an emergency meeting.

Disclaimer: Psychological manipulation can be useful in this type of game. However, be sure not to practise these techniques in real life as they can lead to unhealthy and toxic relationships.

#1. Priming: Establish your innocence early in the game

Priming theory posits that people’s future thoughts and actions can be manipulated using a set of stimuli. While you obviously can’t manipulate someone to do anything drastic, you can nudge them to veer towards a certain direction. By priming them early in the game, you’re giving the players a foundation to base their thoughts on.

For example, let’s say you’re Brown. To throw suspicion off yourself, you say, “I think I saw some light colours near the body.” By doing so, you’re subtly taking the suspicion of yourself and associating the characters with light colours like white, yellow and light green to the murder. Regardless of whether the other players actually take the bait, you have at least planted the seed.

You can also prime someone using your action. How do you do that? Well, you start marinating. Choose an unsuspecting crewmate. Group up and stick together. If a dead body is found, claim that it could not have been you since you were with another crewmate the whole time.

To pull this tactic off, you need to act like one of the crewmates and fake your tasks. Since you’ll need to stay near your marinated crewmate to gain their trust and have them vouch for you, you also need to be smarter in how you kill. Either kill only during lights out or only employ this tactic when there’s a second impostor.

#2. Scapegoat theory: Blame someone who doesn't easily fight back

The thing about the game is, everyone knows that there’s at least one impostor. So it makes sense for everyone to be wary of one another, which makes your job as an impostor a lot harder. In order for you to win, you need to find someone you can easily shift the blame to.

How do you find the perfect scapegoat? Well, according to social psychology, humans have a tendency to shift blame to others and the scapegoats are often outliers. Find someone who’s not really part of the group to become your scapegoat.

Identifying this outlier can be hard especially if you’re playing with your friends. One way to do this is by pointing out players who don’t move in groups throughout the game. Because players in the group cannot vouch for the scapegoat’s location, it’s easier to pin the murders on them.

You have to do this with tact though. Make sure to target people who don't easily fight back. A vocal scapegoat might be able to pick on what you’re trying to do, automatically turning you into a suspect. When done right, scapegoats can be useful as they can really affect your likelihood of winning the game.

#3. Reciprocity: Be nice and vouch for others

The norm of reciprocity in social psychology suggests that people feel obligated to reciprocate the kindness that they receive. For instance, if a friend does you a favour by printing your course notes, you’re more likely to help them out if they need to borrow your laptop.

As an impostor, you can use the reciprocity principle to your advantage.

Whenever you have the chance, be nice. Vouch for someone and validate their claims. If the team suspects them, serve as their alibi. If they claim to have seen something of significance during the meeting, support their claim.

Be careful not to be too obvious. Make sure you can provide your own reasonings as to why you’re vouching for the player and supporting their claims. You can say you saw the same thing they did and that you were with the player throughout the whole round so there’s no way they could be the impostor.

If you do this correctly, the player may feel that you’re a reliable crewmate. Once that happens, take advantage of it. Kill off the others while maintaining trust between you and the other player. If you ever get to the final standoff, the player might even believe you over their own crewmates, leading them to voting the wrong person and giving you the victory.

One of the key principles of persuasion is consistency — that is, people like to be consistent with the things they have previously said and done.

How can you take advantage of this? Well, you’ll want to highlight when people are being inconsistent with their stories. This is particularly useful when you’ve become a suspect and have been deemed innocent in the earlier rounds. Remind allies how they defended you previously and the reasons for it. Reinforce that your innocence is consistent with their inner beliefs and that if they are turning against you, perhaps they are the ones who are the impostors.

It also helps if you are also consistent with your story as people can easily detect when you are contradicting yourself. Stick to a coherent narrative so that others are more likely to believe you.

#5. Projective identification: Bring attention to crewmates who have managed to win as impostors

As humans, we have a tendency to bring our feelings and assumptions from a previous relationship into a new one. We call this projective identification. You can take advantage of this principle to turn the players against each other.

Cast suspicion on crewmates who have managed to win as an impostor before. Point out how they’ve successfully won previously and how the team should not trust them easily. Chances are, people might agree with you. If they bite, continue to build that story. Make kills that will implicate these crewmates.

If the crewmates don’t fall for it, you can still find a scapegoat by looking at the team’s pool of suspects. Then, build a case against them. Your case doesn't have to be solid. It just needs to be strong enough to push for a confirmation bias. Once most of the information is there, you can easily push the team to favour the information that confirms their suspicion of the scapegoats.

Memories are actually not that hard to manipulate. According to a study, you can influence and distort someone’s memory simply by changing the way you ask them a question.

It’s not a cut-and-dried method. Some may have stronger belief in their memory but identifying who you can easily manipulate can help a lot. It’s helpful to plan your questions early on too. Determine how you can be specific without being suspicious.

#7. Information manipulation theory: Be economical with the truth

Lies are a lot harder to catch when they’re packaged with the truth as indicated by the information manipulation theory. Instead of outright lying, you can opt for incomplete truths by omitting certain facts.

For instance, instead of saying you were in a particular room to distance yourself from a murder, mention how you were nearby without giving any details. So, even if another player is inside that room, you can adapt and claim that you were in the hallway near the room and they may have not seen you. It’s also a lot easier to keep your lies intact if you don’t provide too much detail.

Be careful not to be too obvious. Interrupting the conversation with meaningless chatter can easily turn the situation against you. Know when to flout and when to obey as others may be adept at recognising lies and untruths.

While these techniques aren’t foolproof due to in-game circumstances and group dynamics, it might make it easier to identify an easy scapegoat and score some wins. Do be mindful that Among Us can get pretty intense with all the lying and manipulation, so always check with your friends afterhand to avoid any lingering animosity that may have extended beyond the game.

You can get the game for free on mobile devices at Google Play Store and Apple Store.

Interested to learn more about how psychology works in our daily lives? Check out the course here. 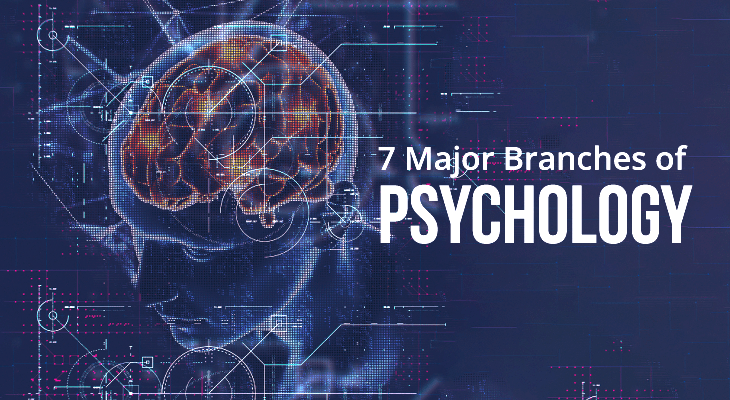 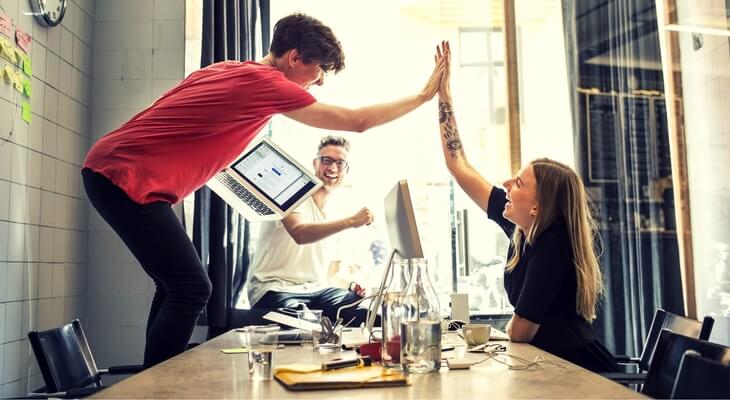 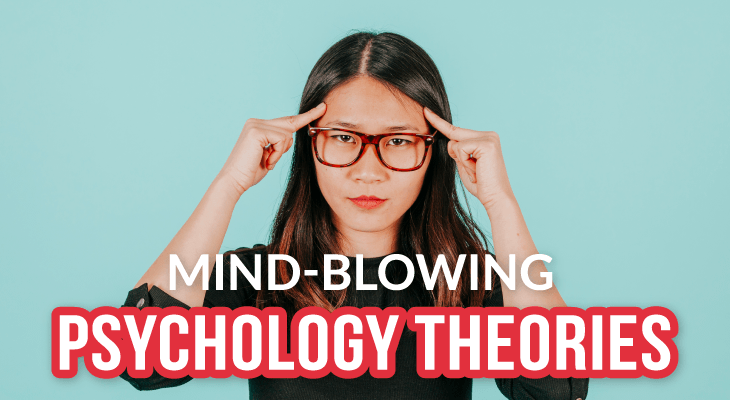 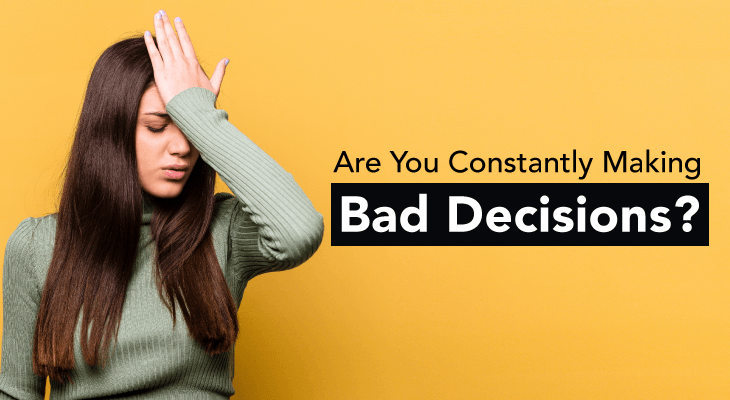