Did you know that your personality traits can relate to your ideal career? Read on to find out where you fit in and discover what your optimum work environment should look like! You might have been using your Hogwarts house to determine your personality type all this while but unfortunately, the Sorting Hat has yet to become an acceptable tool for analysing personalities in the Muggle world.

While there are a variety of different personality tests circling the internet, the Big Five personality theory is gaining popularity, particularly amongst career recruiters to assess the characters of potential employees.

In this article, we’re breaking down each of these personality types to help you discover your strengths and the type of work environments you’re more likely to thrive in.

This particular trait indicates how open a person is to new ideas.

Often catch yourself rambling on about existentialism, feminism and other sophisticated social theories to your friends’ dismay? People who are high in openness enjoy discussing abstract concepts and are seen as intellectuals due to their ability to accept and process complex ideas.

Typically known to be imaginative and artistically inclined, a person who exhibits this trait will usually feel right at home at a theatre, art museum or behind the canvas as they appreciate creative and novel ideas. They are also generally more adventurous as they enjoy embracing experiences that encourage a new way of thinking. However, they can also be seen as unpredictable and lacking in focus.

On the contrary, a person who ranks low in openness is more practical and straightforward. They display little interest in the arts and instead choose to indulge in “useful” pastimes such as cooking and exercising. They are typically more analytical, conservative and seek comfort in the status quo rather than in new ideas. Therefore, they’re thought to excel in jobs that involve routine work as well as roles which require less creativity.

Scored well in openness? Such people tend to enrol in courses such as psychology, political science, arts and humanities, based on a study by Danish psychologist Dr. Anna Vedel. If you’ve scored low in openness, you might want to consider economics, engineering, law and sciences instead.

This personality trait refers to how aware you are of your behaviour and how it impacts other people.

Highly conscientious people are extremely ambitious and determined to succeed. Know someone who managed to wean off an icky smoking habit, cold turkey? They’ll probably rank highly in this trait as conscientious people possess an admirable degree of willpower to resist temptation from anything that distracts them from their goals.

However, a person who is low in conscientiousness is considered to be more impulsive. For example, they would be more likely to spontaneously buy a car instead of weighing out the pros and cons first. While they may be easy-going, they’re also more disorganised and less goal-oriented compared to their highly conscientious counterparts.

In a study conducted on primary school students in the Netherlands, it was found that students who scored highly in the conscientiousness trait went on to pursue medicine at university. This is unsurprising as the course is academically demanding and requires dedication and resilience.

This trait shows us how outgoing a person is.

Does the line ‘the party don’t start till I walk in’ from Kesha’s pop masterpiece, TiK ToK, hold true for you? You’re probably highly extraverted as these types of people are generally cheerful, friendly and considered to be the life of the party.

They’re also seen as assertive, able to express themselves easily and thrive in a social setting. People who rank highly in this trait appear to have an enhanced response to dopamine in the brain, making them more motivated to pursue social rewards such as admiration, power, status, excitement and romance.

On the other hand, someone who is low in extraversion (an introvert) would be more reserved and tends to avoid over-stimulating environments. These reflective individuals are not worried about external validation from society and are therefore content living quiet and simple lives.

Those who scored highly in extraversion were more likely to choose business, economics and law as potential careers, according to this Dutch youth cohort study. This was attributed to the fact that such careers present a greater opportunity to persuade others, be socially interactive and be the centre of attention.

This trait gauges a person’s tendency to put the needs of others ahead of their own.

A person who is highly agreeable is more likely to let their wellbeing take a back seat in the interest of others. They’re also more inclined to cooperate rather than compete as they value getting along with others more than achieving their personal goals. These individuals are empathetic in nature and find it rewarding to help others.

In contrast, a person who ranks low in agreeableness will not shy from placing their needs above anyone else’s and may even be willing to upset other people to nurture their own happiness. But this isn’t all bad — personalities with low agreeableness are often competitive and know how to advocate for themselves, which are crucial indicators of success in the workplace.

The review by psychologist Dr. Anna Vedel showed that students who took business, law and economics scored low in agreeableness, likely due to the inherently argumentative and competitive nature of these careers.

This trait reveals how you respond to stress and measures your tendency to experience negative emotions.

If you frequently fall into bouts of anger, sadness, anxiety and self-consciousness, you might score highly in neuroticism, stemming from your heightened sensitivity to negative stimuli.

While this trait may have a bad reputation, it can be incredibly useful as these people can be trusted to foresee problems and limitations, which could aid in avoiding unwanted situations. They may also turn out to be high-achievers, if they’re able to channel their fear of failure into motivation to succeed.

A person who is low in neuroticism is less troubled by negative thoughts. They are great candidates for handling stressful situations as they’re not prone to anxiety. They’re also more likely to take risks because they would be less worried about negative consequences.

Individuals who scored highly in this trait were more likely to choose courses in the humanities and social sciences as their emotionally-charged nature encourages artistic expression. Those who are low in neuroticism (i.e. more emotionally stable) tend to gravitate towards courses like medicine, engineering, law, business and economics.

While a personality test is a great way to steer you into your area of interest, there’s no doubt that there are plenty of other considerations you should take into account when choosing a course in university. That being said, you’ll be far more satisfied pursuing a pathway that’s suited to your unique personality. So take the test (don’t worry, it’s free!) and unlock your potential!

Can’t decide on a career pathway? These are the best jobs for you according to your personality type. 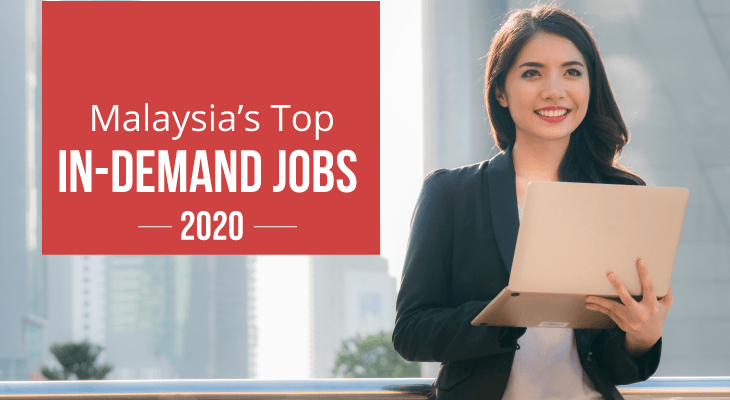