5 Time-Wasting Things Every Student Is Guilty Of

As students, it can be incredibly easy to be distracted especially when it comes to studying. Are you guilty of any of these? Yes, we’ve all done it before.

One moment you could be in a ruthless studying "mood" and the next, you’re reaching out to play another round of Call of Duty or watching “one more video” on YouTube (we know how tempting those recommended videos are).

We’re talking about time-wasting of course – activities that you spend your time on even when you know that they’re obstacles from completing your task.

And if you’re a student, these 5 things are definitely something you're guilty of pulling.

#1. Spending an overwhelming amount of time on the internet

The internet is the saving grace of many. And why not? It’s an extraordinary tool that provides an infinite amount of information and study material almost instantaneously.

But that being said, it also works like a double-edged sword; because from checking your Instagram account to visually enticing shopping deals and adorable cat videos, you’ll find your browser full of irrelevant tabs if you’re not careful.

How to Deal With It: Hit the printed books

Unless you’ve trained your mind to be like a monk living on top the snowy and misty mountains of the Himalayas, the will of your mind can only resist the potency of the internet and social media for so long.

Although it’s hard to argue against the efficiency and the convenience of the internet, reading a physical, printed book is still one of the best ways of getting the most definitive information that you need. In fact, according to the American Library Association (ALA), only a marginal 8% of journals can be found on the internet.

Not only that, printed books can be more efficient too. According to this study, both iPads and Kindles registered reading speeds of 6.2% and 10.7% slower in contrast to printed books.

We all do it. Whether it’s finding an excuse to do something completely unnecessary like taking your dog out for a walk or sharpening your pencils when you should be working on that long overdue report (of which you haven’t even started with the title yet), we all find excuses to do insignificant things to sway away from the main task at hand.

We dig it. Studying is both a long and continuous process that requires tremendous amounts of focus, energy and determination.

All it takes is a small lapse in concentration and you’ll find yourself unable to resist the intoxicating desire of rushing out to get crispy slices of pisang goreng or going out for a yum cha session.

How to Deal With It: Focus on the task at hand

In an age where multitasking is the norm, you might think that the ability to complete more tasks at the same time might give you an edge.

However, research conducted by the University of Connecticut and Stanford University revealed that contrary to popular belief, multitasking actually slows down your productivity level, is bad for your brain and also makes you study even longer than usual! On top of that, multitaskers also have lower grades compared to those who can’t multitask.

The science is clear – don’t multitask. Work on one task at a time.

Your paper’s around the corner, and you’re up early – something that you haven’t done since… well, since that time you woke up early to catch early episodes of SpongeBob Squarepants. In any case, you have a fiery determination on acing your paper.

But as soon as you take a quick glimpse of all the list of things that you need to study, reality kicks in. Suddenly, things aren’t as black and white anymore.

Typically, your mind will start to form excuses like these:

“Those dishes need to be cleaned. I can’t study with the thought of filthy dishes lingering in my head.”

“It’s still early and I’m hungry. I’ll just grab a quick bite. After all, I can’t work on an empty stomach.”

“Oh, will you look at the time. It’s probably too late for me to study. I’ll just get a fresh start tomorrow.”

And we know how this usually ends.

How to Deal With It: Segregate work into smaller chunks

A key way to morph yourself into the “mood” is to break your work into smaller chunks.

For starters, it’s far more manageable. Segregating each task ensures that you can concentrate without fretting about the lack of time.

Secondly, breaking it to different components allows you to focus on organising the task in order of importance and what’s left to do.

After completing each “chunk”, take a break and move on to the next “chunk”. You’ll eventually find that even what may seemingly be the most colossal of tasks at the beginning will be achievable when the task is broken down accordingly.

Find yourself drifting and wandering into the distant plains of your lucid imagination?

Done in moderation, there is no doubt daydreaming can be healthy for your mind, including making you a better thinker. However, too much daydreaming will greatly impact your productivity level.

It’s not wrong to be fantasising about living in a house in Alaska with 12 huskies, but save it for another time because it’s not going to help you to study.

How to Deal With It: Take the time to recharge

If you find yourself unable to break away from the vortex of your own imagination, a short walk or aerobic exercises will do you a world of good as they are known to give out positive effects to boost your brain power and relieve stress.

According to research by Neurobiology of Learning and Memory, people learn vocabulary 20% faster when the intensity of their exercise increases. So do more than just jumping jacks if you want to improve your memory!

Distractions don’t all come in the form of the internet; they also stem from the stimulus all around us. Video games. Yum cha. Food cravings. Drama series. It’s easy for your mind to be distracted when all of these are just a whisker away.

All it takes is for you to reach out to boot up your gaming device, a text message from your friend asking you out or the thought of binge-watching the latest season of Daredevil and you’ll drop whatever that you’re doing in an instant.

Keep this up and you can say adios to acing your Biology paper.

Develop a timetable and a routine. Map everything that you need to do, including the best time for you to study and for taking breaks. You don’t have to raise the bar too high, but what you can do is to set realistic, feasible goals and stick to the plan. Above all else, have the patience to adapt to your routine.

Alternatively, you could also give The Pomodoro Technique a whirl to organise your schedule better and to work under short bursts of time, which helps productivity.

Though it’s incredibly easy to be distracted and tempted especially when it comes to executing something as mundane as studying, but like every problem in the world, there are effective countermeasures that you can use.

All it takes is a little tweak in your mentality and discipline and you’ll be on your way!

If you're one of those modern kids who prefer everything purely digital, check out these 17 apps that can help to boost your productivity level. Films, video games and football. A lover of geeky things and a sucker for handcrafted items. Also dedicates a portion of his working days ransacking the office pantry for nom noms. 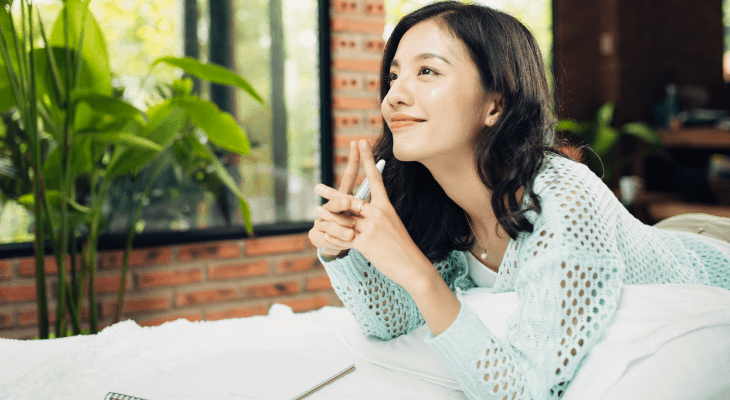 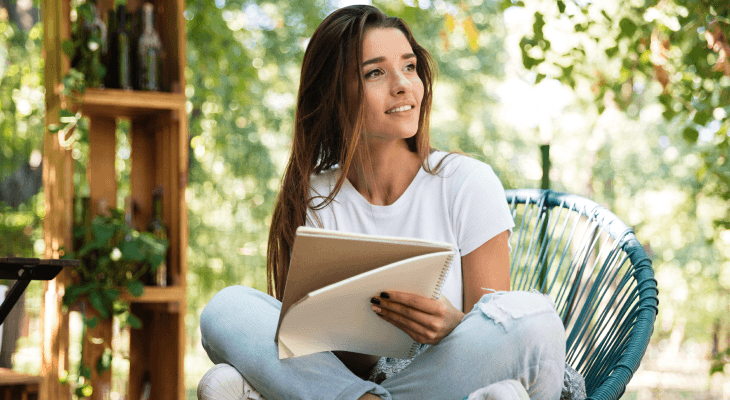