Hearing all sorts of confusing facts on Australian Matriculation? Here are some common misconceptions on SACEi and AUSMAT. Guess what? Those statements are entirely wrong!

Let’s take a look at some of the things people always seem to get wrong about Australian Matriculation.

While it’s easy to make the mistake, these terms don’t all mean the same thing.

However, don’t automatically assume that you are looking at a WACE programme when you see the word AUSMAT. Some colleges may use the term as a short form of Australian Matriculation.

So make sure to do your research before actually applying for the programme. Check with the institutions about the awarding body and the coursework to exam ratio.

If you're the kind who prefers a course that keeps you on your feet, the Taylor's College SACE International is the perfect fit for you. The 70% continuous assignments will help you develop a healthy study habit by developing your critical thinking, collaborative and research skills. Click here to learn more.

Are you turning up your nose at the Australian Matriculation programme because you’ve heard people say that it’s not well-recognised outside of Australia? Well, that couldn’t be further from the truth!

Taylor’s College has a strong reputation for worldwide university placements. Their annual University Placement Day features 62 universities across 7 different countries including Australia, UK, New Zealand and Hong Kong, allowing you to speak to university representatives before making a decision.

Additionally, most, if not all, Malaysian private universities accept the Australian Matriculation as a passport to their degrees.

There’s a popular misconception that Australian Matriculation is an easy pre-university programme due to the fact that it’s no longer 100% exam-based like what you’re used to for SPM.

However, that simply isn’t true. Under the programme, you will have to juggle with school-based assessments such as quizzes, tests, assignments and labs, designed to shape you into a wholesome student. What’s more, some of these may show up as early as the first couple of weeks of class, so you really need to be on your toes!

On the flip side, some people may have the notion this short 1-year programme isn’t a very rigorous qualification. However, it’s actually a well-balanced programme with a healthy mix of coursework and exams, which is not all that different from a university degree. This will keep you engaged and also eases your transition to university.

Taylor’s College is one of the pioneers of the Australian pre-university programme, having offered the programme since 1982. The college has since produced world-class results, with 2,568 graduates achieving an ATAR of 80 and above (2011- 2018).

#4. You have to do your degree in Australia

If you have your sights set on pursuing a degree in the land Down Under, then Australian Matriculation is an obvious — and smart — choice.

But taking Australian Matriculation doesn’t mean you have to study in Australia.

Prefer to stay in Malaysia but want to experience studying abroad in small doses? Taylor’s University offers semester exchange programmes where you can study for a semester in over 200 universities globally — paying zero foreign tuition fees. How cool is that?

#5. It limits your degree options

If you’re under the impression that Australian Matriculation isn’t an accepted qualification for certain degrees, then fret not.

The truth is that the programme is recognised by numerous professional bodies. The Australian Matriculation is an accepted qualification for medicine based on the standards set by the Malaysian Medical Council (MMC), dentistry as approved by the Malaysian Dental Council (MDC) and also allows you to pursue the Certificate of Legal Practice (CLP) to become a lawyer.

Additionally, it’s also a flexible programme that lets you take both Science and Arts subjects, giving you the chance to explore and experiment with your interests. This allows you to make an informed choice when choosing your university degree.

Want to know more? Hear what fellow Taylorians have to say about their SACE International journey. 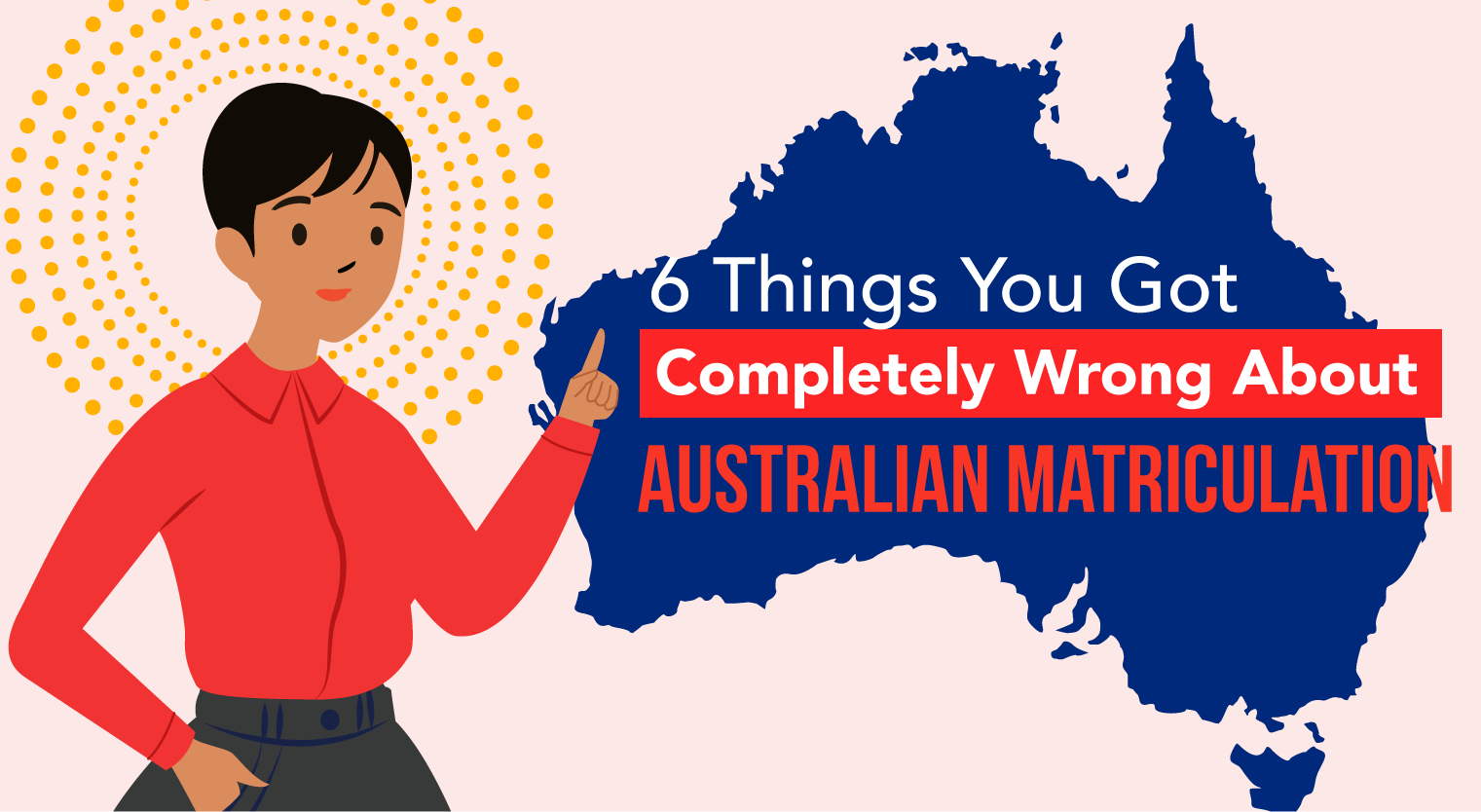