Did you know that the wombat poo droppings are cube-shaped? Or that you need a licensed electrician to change a light bulb? Read on for more wacky scoops about Australia (or Oz)! With Australia’s stature as an academic powerhouse, it’s no surprise that the Land Down Under is one of the most coveted study havens in the world, with over 645,000 students flocking to Australia each year.

But aside from its prominent education pedigree, Australia has many unusual baits, from the fact that their national animal is widely available for consumption (can you imagine devouring our Malaysian harimau?) to the surprising tidbit that the Australian Alps receive more snow than Switzerland.

While you gear up for a thrilling experience of studying abroad, here is a list of unusual Australia facts that you may not know.

#1. Melbourne, the 2nd Best Student City in the world, was once known as "Batmania"

Before the city was officially named, Melbourne was once known as “Batmania”, coined after founder and explorer John Batman (not the fictional superhero Bruce Wayne, of course). Although the name was distressingly shot down, several tributes to John Batman remain, including naming Batman Avenue after him and constructing a statue of him on Collins Street.

It's no wonder that the QS Best Student Cities 2016 ranks Melbourne as the 2nd Best Student City in the world due to its excellent international student mix, all-around quality of life and strong employer activity.

Kangaroos are so abundant in Australia that their meat can be purchased off the shelves of supermarkets and butchers! Some restaurant menus even serve kangaroo meat as a leaner and healthier alternative to red meat due to its low-fat content (read: 1% – 2%).

Despite its effortless availability, most Australians are still a tad wary of eating a national animal and hence, it is not a common household meat. Nonetheless, if consuming exotic food is right up your alley, there is also crocodile meat and emu meat to be checked off your list too.

If the ATAR score for Australian Matriculation is already baffling you, then Australia’s university grading system will hit you as a whole different world on its own. Contrary to the fear of our Asian parents, earning a “D” in Australia is more than meets the eye.

Instead of the conventional First-Class Honours, most Australian universities' grading system roll with HD (High Distinction), D (Distinction), C (Credit), P (Pass) and F (Fail). To draw a better picture, a typical HD in Australia is equivalent to the numerically graded system of 80% to 100% or “A+”, while a D reflects the range of 70% to 79% or “A”.

With that in mind, securing a “D” is actually a pretty impressive grade!

Yes, the country boasts a coastline of beaches stretching up to a humongous 37,000 kilometres.

Practically, you can visit a beach every single day throughout the entire course of your 3-year degree, but you will only cover less than 10% of all Australia’s beaches.

But don’t fret! With a slew of opportunities in Australia after graduation (read: working holiday visa or temporary graduate visa), you’ll be granted with the opportunity to travel and work up to 12 months if you intend to conquer more shorelines.

To top it off, there are no privately-owned beaches in the Land Down Under, so all beaches are public places to enjoy.

Beyond the pristine coastlines and ancient rock formations, Australia also bags yet another speciality in its bag – the wonders of surfing!

There are currently four schools in Western Australia that are participating in a “surf therapy” programme, turning to waves to produce significant improvements in students’ anxiety levels and engagement in classes.

Surfing as a form of therapy is gaining traction around the world, and has been used to help ex-soldiers cope with Post Traumatic Stress Disorder (PTSD) in the UK and the US.

#6. More than 25% of Australian residents are born overseas

According to the Australian Bureau of Statistics, over a quarter of the nation’s population (read: an estimated 6.6 million people) are born in another country. Astonishingly, it’s a proportion that has hit its highest peak in 120 years!

Want to feel at home? Well, the recent figures highlighted a dramatic growth in Asian migration over the past decade, especially from India and China. Malaysians are also among the top 10 nationalities who have decided to call Australia their home.

With such a diverse and multicultural setting, rest assured that there are plenty of knockoffs options whenever your nasi lemak or Chatime craving hits you.

Did you know Australia has no official language, but English is the de facto language?

Although a majority of Australians speak only English at home, there are actually over 200 different languages and dialects spoken, including 45 Indigenous languages.

Here in Malaysia, we boast a multicultural society but Australia does not lag far behind too. With non-English languages such as Italian, Greek, Arabic, Vietnamese and Mandarin being spoken widely, you can certainly pick up a new language during your studies.

Australians — or should we say, Aussies — are as laidback about their language as they are about life, and they have a habit of shortening words.

If you're not getting bitten by mozzies (mosquitoes) during your weekend barbie (barbeque), you're taking a sickie (sick leave) in the arvo (afternoon) to skip a preso (presentation).

A country that uses more diminutives (read: shortened words) than any other English speakers in the world, Australians even took to nicknaming McDonald's as Macca's. The moniker is so widely used in Australia that the international fast food giant temporarily changed its signs to Macca's to celebrate Australia Day.

With a long tradition of slang dating back to the 1800s, it probably comes to no surprise that we have to thank them for the word selfie, which first appeared in an Australian forum back in 2002.

#9. Melbourne was once the richest city in the world

All thanks to the discovery of gold in Victoria in 1851, the city grew so rapidly that it surpassed Sydney as Australia’s most populous city. By the late 1880s, the Victorian gold rush had elevated Melbourne to be the wealthiest city in the world, further stimulating Australian immigration as folks from around the globe moved to the Melbourne area to strike it rich.

Although you are a tad late to hop on the gold rush, there is still another way out to feed your bank account (yes, even as a student). An Australian student visa allows you to work up to 40 hours every two weeks during your ongoing academic semester.

A cherry on top, you are even allowed to work full time during semester breaks for unlimited hours with earnings generally vary between AUD10 (RM33) to AUD18 (RM60) per hour.

From some of the world's oldest rainforests such as the Wet Tropics of Queensland to the protected marine areas of Great Barrier Reef, many of Australia's iconic destinations are inscribed in the UNESCO's World Heritage List.

In addition to pristine and natural environments, cultural locations are also on the world heritage register, including the famed Sydney Opera House and 11 of 3,000 Australian convict sites that were once used to place British convicts.

We could probably think of another 365 reasons just to roam around the Australian soil. If you too, are drawn to the lucky country, perhaps you want to start mulling over the prospect of furthering your higher education in Australia. 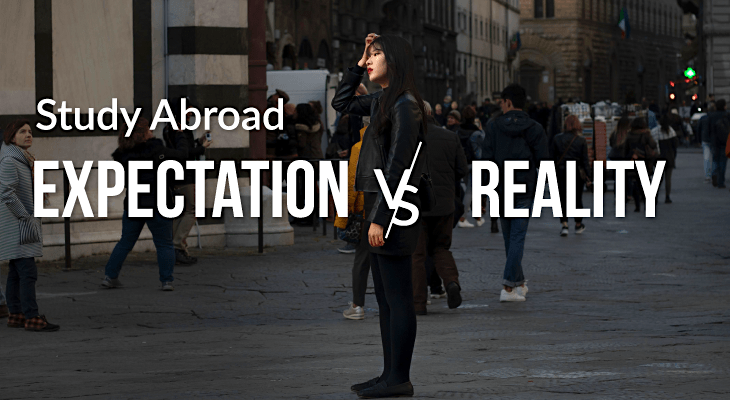