Taylor’s University signs a new partnership with Beijing Film Academy, one of the top film schools in the world. More details here. Taylor’s University recently announced an exciting new collaboration with the Beijing Film Academy Modern Creative Media College (BFA), the largest film school in Asia that specialises in tertiary education for film and television production. This makes Taylor’s University the only university in Southeast Asia to partner with this esteemed film school.

The partnership will allow all Taylor’s Digital Media Product students to study a semester abroad at the Beijing Film Academy, giving them exposure to a global curriculum.

The Beijing Film Academy is one of the top schools in the world for filmmaking, with numerous achievements and awards. The institution stands as one of the most reputable film academies in Asia, offering multi-spectrum tertiary education in filmmaking, production, creation, research and technology. It boasts an illustrious alumni, including world-renowned directors, performers and actors such as Zhang Yimao, Chen Kaige, Liu Yifei, Zhao Wei and Huang Xiaoming.

“We are happy to partner with a prestigious education institution such as Taylor’s University and impart the right knowledge and skills to a talented pool of aspiring Malaysian Filmmakers. As the film industry in Malaysia steadily grows, we are excited to be part of this journey and see some stellar local productions coming out of this collaboration,” said Prof Wang Chenglian, Vice President of BFA who was present at the MoU signing ceremony.

“Filmmaking is a global industry where expression, cultural understanding and exchange of thoughts and ideas are key. To ensure that our students can showcase their work on an international level, providing them with a strong foundation has always been a priority for us. Through the partnership with BFA, we hope to give our students the opportunity to learn from and work with some of the best names in the industry,” said Dr Latiffah Pawentah, Head of School of Media and Communication at Taylor’s University. 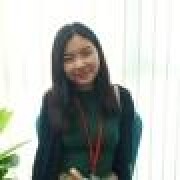 An introvert who loves to read poetry and enjoys sleeping.