6 Crippling Effects of Caffeine on Your Brain

Your daily Starbucks order might have some pretty damaging consequences. Here are 6 crippling effects of caffeine you might not have expected. From coffee and green tea to cola and Red Bull, your guilty pleasures all have one thing in common — caffeine!

While everybody’s favourite energising element is known to have magical effects on your mood, mind and mobility, too much of the elixir could inflict devastating effects on your health.

It’s time to set aside all the dubious information you’ve seen floating around the internet. In this article, we’re setting the record straight about the effects of caffeine on your brain and body. Sit tight!

#1. It can cause tremors and anxiety

Do you feel like you could take on the world after that first cup of coffee in the morning? That racing heartbeat, wakefulness and increased focus is attributed to caffeine, which triggers the production of adrenaline, giving you a boost of energy.

“But what’s so bad about having an adrenaline rush?” you ask.

Well, adrenaline is sometimes called the “fight or flight” hormone and is released in stressful, exciting or dangerous situations. What this means is when you’re sipping that cup of joe, your body thinks that there’s some sort of emergency happening and gives you the energy to deal with the situation.

Although this makes for a great pick-me-up, high doses of coffee could make you feel jittery and edgy, turning you into a frenzied bundle of nerves. At the same time, you may also be easily agitated and overreact to situations that aren’t really dangerous.

Bottom Line: Moderate amounts of coffee can boost energy. However, too much (exceeding 4 cups a day) could cause irritability, jitters and increased anxiety.

#2. It messes with your sleep cycle

This might seem like an obvious effect of caffeine, seeing that most of us use it for this exact purpose. But what if we told you that the continuous abuse of caffeine can damage your overall sleep pattern?

In fact, consuming coffee 3 hours before sleep can reduce almost an hour of deep sleep, which can wreak havoc on your normal sleeping patterns.

If you frequently use caffeine to power you through an all-nighter, it’s high time you forfeit your old ways and hit the sack on time. This is because sleep plays a vital role in ensuring that your bodily functions are up to mark.

Disrupted sleep can negatively impact your cognitive abilities (not great for taking exams), slow down the formulation of new memories (also not great when you need to be memorising facts, formulas and concepts) and cause the buildup of amyloid proteins which are linked to Alzheimer’s disease.

Bottom Line: Drinking coffee 3 hours before bedtime can disrupt your sleep, which is crucial for memory and cognitive function.

#3. You could become addicted to it

Do you find yourself craving for a third cup of coffee in the afternoon to feel good and avoid fatigue? Well, there’s a reason for this.

Studies have shown that caffeine increases the amount of dopamine in your body, the “happy hormone” that puts you in a good mood. However, this is also the same chemical triggered by substances such as cocaine and amphetamines. While it may not lead to the same level of addiction as these drugs, regular use may cause a physical or psychological dependence on its stimulating effects.

Additionally, when you try to go without coffee for a day, you may experience withdrawal symptoms, such as headaches, fatigue, anxiety, irritability, depressed mood and difficulty concentrating.

Bottom Line: Although caffeine dependence isn’t considered a serious addiction, you could still experience withdrawal symptoms such as headaches and fatigue.

#4. It unleashes chaos on your bowels

Find yourself running to the loo after your morning cuppa?

Caffeine causes your gastrointestinal muscles to contract due to its stimulatory effects on your digestive system and bowel movements, mimicking the effects of a laxative. Although it’s good to flush things out, you may experience bloating, cramping and diarrhoea if you’ve consumed caffeine in large amounts.

Bottom Line: Large amounts of coffee may cause bloating, cramping and diarrhoea.

#5. It can cause a caffeine crash

“Um, but isn’t coffee meant to boost energy levels, not slow it down?”

That’s right! While your first cup of coffee might have you feeling like a golden unicorn frolicking in the sun, it’s likely that it will cause an epic crash once the caffeine is flushed out of your system. This is because as caffeine blocks adenosine — the chemical responsible for making us feel tired — the brain then starts reacting to a shortage of the compound by creating an influx, causing you to feel lethargic.

Bottom Line: A caffeine crash can happen once the caffeine is flushed out of your system, making you feel extremely tired and lethargic.

What happens when you chug a dangerous amount of caffeine too quickly?

However, while there have been instances of caffeine-related deaths, it would take much more than your daily cuppa to trigger the lethal effects of the substance. Deaths caused by a caffeine overdose most often involve high volumes of caffeine consumed in powder or pill form in a short amount of time.

Although it is physically impossible to ingest this much caffeine in liquid form, you should still stick to not more than 4 cups of coffee to avoid the unwanted side effects mentioned above.

Bottom Line: There have been instances of caffeine-related deaths, although they are uncommon. Stick to a maximum of 4 cups of coffee a day.

Although there are side effects to caffeine, don’t be too quick to toss out that Starbucks card — your daily cup of joe is not likely to send you six feet under. If you are going to indulge in that steaming mug of java every once in a while, remember to consume it in moderation.

Weaning yourself off a caffeine addiction? Here are 7 scientific ways to stay awake without coffee. 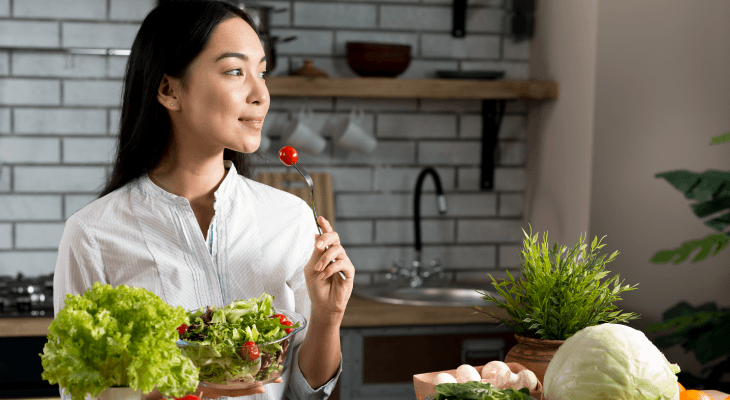