Wondering which of today’s courses didn’t exist 20 years ago? Find out all about these new courses that are shaping the future! “What does a Social Media Manager do exactly?” your mum or dad would have asked you if you tried to tell them about a job role that never existed around their time. “Why don’t you study medicine or law instead?” they may say.

You can’t blame your parents though as the world of higher education has vastly expanded since their time and now offers a range of non-traditional courses. From futuristic technology-focused modules to qualifications based on your favourite movie, your parents definitely would never have imagined that these college courses would be options for you in the future.

Wondering which other courses weren’t around 20 years ago? Read on to find out!

#1. Harry Potter and the Age of Illusion

The creator of Harry Potter would never have expected that her tale about a young wizard with a lightning bolt scar on his forehead would later become the basis of a college course — but it’s true!

What could students possibly learn in this UK-based course? Thanks to JK Rowling’s insightful works, students of the Harry Potter and the Age of Illusion module in Durham University’s Education Studies Degree have the chance to get knee-deep into the Wizarding World while analysing key themes that relate to education. The course will have them examining prejudice, citizenship and bullying in Harry Potter and how it mirrors practices in modern society.

Students will also gain extensive knowledge of the main features of the Harry Potter texts, the ability to see connections between fiction and education policy, and the influence fiction has on educational policy. So if you’re obsessed with Harry Potter and have a keen interest in analysing education environments, this may just be your dream course!

In the era when Nokia phones ruled the roost and laptops were thick bricks of tech, social media and digital marketing jobs were unheard of. But thanks to the rapid growth of technology over 20 years, we now have dynamic new job roles and fields of study such as digital marketing, which falls under a Business Degree.

In a digital marketing class, you’ll learn ever-changing and evolving ways to capture markets via online channels, making the whirlwind course suitable for those passionate about using the latest technology and apps to bring awareness to a client’s product or service.

Whether it’s harnessing the power of Instagram Stories to introduce a new product or coming up with out-of-the-box ideas for a viral video campaign that’s sure to get tongues wagging, digital marketing covers it all. Plus, the digital wizardry you’ll gain will help you in every field imaginable.

Video games are a serious business now, with global enthusiasts likely to spend around USD$150 billion on games alone. With such significant revenue and a booming market for it, having a career in game development is a wise move.

So if your mum and dad lament the many hours you’re clocking in playing video games, you can confidently tell them that your gaming is actually practice for your future career as a video game developer. Score!

UCSI University offers a Degree in Game Design, which means you get to study what you love. Imagine studying the fundamental concepts of generating strong conceptual games art, right up to the technical execution of building and running the game itself. You'll also hone your artistic knowledge and technical skills related to game design, so plenty of career options await you if you plan to spread your wings in this field.

Back then, hackers were the scum of the IT industry, often depicted as mysterious non-identifiable persons donning hoodies. Their work tore into organisations and stole valuable information, and the intelligence could not be recovered.

Today's hackers are still scum, but they have a tougher time cracking code as cybersecurity is top priority for companies concerned about potential security risks. Unsurprisingly, the cybersecurity industry is now large enough to warrant a full-fledged course because securing computer systems from being hacked is essential, especially for banks and government organisations.

Taking a course in cybersecurity will give you the skills needed to protect companies from being attacked by hackers by teaching you the basics of computer security technologies, hacking defenses, cryptography and more. You’ll also get the the chance to work on practical projects and create your own security software. The 21st century is pretty cool, eh?

Twenty years ago, mentioning Tik Tok would have people thinking of a clock going tick tock. The word Instagram would result in a furrowed brow and Twitch would get people twitching their lips.

As you can see, digital technologies and the Internet have led to the explosive growth in products and services — creating new outlets for creatives. What with all these newfangled digital platforms popping up every hour from creative minds bursting with ideas, the emergence of a new media course was inevitable.

Studying new media will expose you to the basics of interactive media journalism, media culture, digital video production, integrated advertising and plenty more, transforming you into a full-fledged digital native.

Are you surprised that some of these courses actually exist today? Be prepared for new courses in the future as time hurtles at the speed of light, bringing about new technology, inventions and even culture that will continue to shape our world. Who knows what the next 20 years will bring?

Still need some help choosing a college course to study? Give us a ring or shoot us an email and we’ll be ready to help! 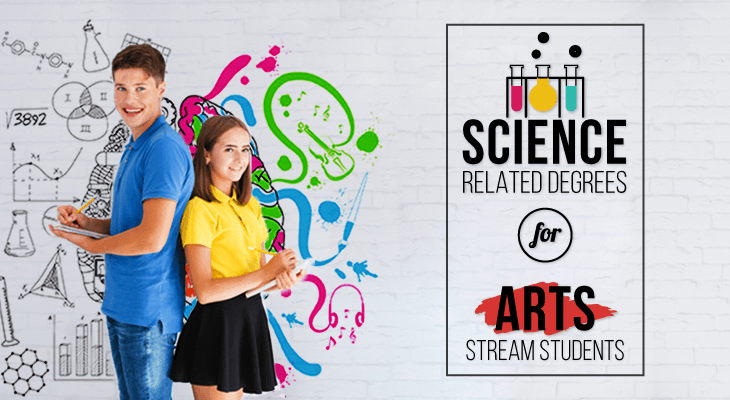