7 Must-Eat Brain Foods to Get You Through Exams

Coasting by on chips and energy drinks? Find out which brain foods really fuel your brain! Ah, the much-dreaded finals week is around the corner again. Like everyone, you’ll have to brace through the normal drill of seven whole days dedicated solely to last-minute cramming (#guiltyascharged).

When you’re grinding for finals and as the stress piles up, it’s often easy to lose track of healthy eating, which can play havoc with your ability to take in information. In actuality, good nutrition should be part of your study plan because it is going to help you ace those tests! The better the fuel your brain absorbs, the better you’ll study.

Instead of getting into the habit of glugging coffee and gobbling late night pizza, here are 7 scientifically-proven healthy alternatives so you can stay alert, nourished and all pumped-up while studying!

If you’re a fan of seafood, you’ll be stoked to find out that salmon is one of the most nutritious, super brain foods out there!

Packed with a healthy dose of omega-3 fatty acids, the docosahexaenoic acids (DHA) bolster communication among brain cells responsible for mental focus and memory boosting. According to a recent study by the University of Pittsburgh, adults under age 25 who expanded their omega-3 intake over a course of 6 months impressively improved their scores on tests measuring working memory.

Rejoice, sashimi fans, as omega-3 is also present in raw fish! But if you don’t fancy salmon, these unsaturated fats (a.k.a the good fats) can also be found in sardine, bluefin tuna, fish oil, seaweed and microalgae supplements.

#2. Be sweet on berries and cherries

Berries — particularly dark ones namely blackberries, blueberries and cherries — are supercharged with an abundance of anthocyanins and other flavonoids that enhance your memory function.

Other colourful berries (read: blackcurrants, raspberries, cranberries and even grapes) also do not lag behind! These flavourful snacks are widely known to promote blood flow to the brain and improve neural activity.

Thanks to researchers who have uncovered the potential power of blueberries in improving short-term memory loss, you can now drop that bag of Lays during an upcoming exam and pop a handful of colourful berries instead!

#3. Nosh on sunflower and pumpkin seeds

Can a handful of sunflower and pumpkin seeds a day keep your exam stress at bay?

Highly possible. Loaded with stress-busting magnesium and tryptophan (a crucial amino acid that the brain converts to your good-mood chemical, serotonin), these little seeds are an au naturel way to lift up your mood, relieve insomnia and combat mild depression and anxiety.

Not only that, pumpkin seeds are a great source of zinc that’s vital for boosting memory and thinking skills. Sunflower seeds, on the other hand, are packed with thiamine, a crucial vitamin B that hikes up memory and cognitive function. Not bad for some crunchy seeds!

Sunflower and pumpkin seeds contain an ample mix of protein, omega fatty acids and B vitamins, which aid in granting you added energy!

While all nuts (almonds, pistachios and brazil nuts) generally bestow brain fuel in the form of protein, omega-3 fatty acids and vitamin E, walnuts outwit the rest with its rich nutrients!

For starters, a synergy between the antioxidants and omega-3 fatty acids found in walnuts work to amplify brain power and mental alertness.

Besides, vitamin E can also ward off many forms of dementia (e.g. Alzheimer) by safekeeping the brain from free radicals, further improving your working memory and cognitive health. These wrinkly nuts — which ironically carry a resemblance to the human brain — are not just good for the brain, but they also sustain a healthy heart and all parts of the body.

An ounce of nuts per day (just enough to fit in the palm of your hand) is sufficient for optimal brain health.

If you’ve been gobbling down only egg whites, the yolk’s on you!

Sitting as just another grocery staple for years, egg yolks are finally experiencing their well-deserved day in the sun. Those round and sunny yolks are jam-packed with choline, which is a precursor for acetylcholine, a neurotransmitter that has been said to help a long way in retaining memory and communication among brain cells.

Aside from brimming with nutrients and proteins, eggs are also a scrumptious way to get a battery of bethane, a chemical that churns out hormones related to happiness. That’s right, eggs can make you happy!

If you’re not a fan of eggs, there’s a host of other choline-packed foods that you can opt for, like beef liver, cauliflower and mushrooms.

#6. Bet on broccoli and spinach

Yes, your mum certainly got it right when she pestered you to finish your broccoli! Turns out that it’s one of nature’s perfect brain foods.

Thanks to high shots of vitamin K and vitamin C, they appear to perk up your cognitive function and brain power. But that’s not it!

Researchers have revealed that the high level of glucosinolates in broccoli does magic in keeping our brains and memories laser sharp. It’s also loaded with choline that’s great for retaining memory.

It turns out that Popeye was onto something with his spinach obsession. The nitrates found in spinach is believed to increase blood flow to the brain and improve mental performance.

First off, the chock-full of flavonoids, iron and magnesium in dark chocolate increase blood flow and the function of the heart. In return, this boosts memory, attention span, reaction time and even problem-solving skills!

The sinful treat also boasts the powerful antioxidant properties and natural stimulants of caffeine and theobromine, which can enhance your failed attempts to focus and concentrate, further upping your brain function in the short term.

Feeling all tensed? The good news is dark chocolate also diminishes the negative effect of stress by stimulating the release of endorphins a.k.a your “feel-good” hormone. It doesn’t stop there as it’s also charged with phenylethylamine, a compound called the “love drug” because it creates a brain buzz similar to being in love.

Just one-half ounce to one ounce a day (about one to two squares) is sufficient to provide you with all the benefits that you need!

Before you go wild munching on chocolates, make sure it’s organic dark chocolate with at least 70% cocoa. As a rule of thumb, the darker the chocolate, the more health benefits it encompasses.

Yes, you should not be flaunting to the world how scary-good you are at downing Americanos and Red Bulls. Instead, stock up on these 7 healthy munchies, which are the perfect recipe for better grades!

Take it from us: snack smart, study hard and that exam will be a piece of cake.

No amount of superfoods will get you through exams if you procrastinate. Learning which type of procrastinator you are and how to stop this habit! 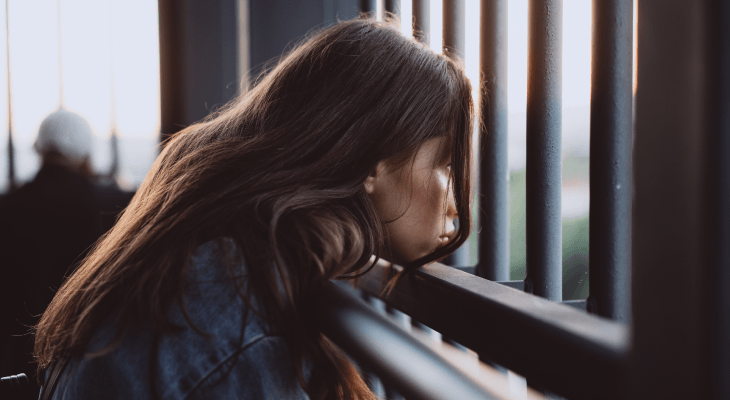